I had the Idea to start a small blog to give updates about my visit in the land of Israel, from what happened and what still has to Happen.

My Trip started in the middle of Sukkoth where I and a few others went for Israel, where it was the first time for 3 of my friends to experiences Israel, we stayed in Jerusalem in the Abraham Hostel (which I highly recommend) for 5 days with more friends who where also going to visit the BY congress in Ariel, Samaria.

We went shopping in the shook, which is one of my favorite places to go to, and the ben Yehudah Street I bought some good Shofars that I tested, and like some of you know you can always negociate the price in Israel.

After 5 days we all went down to the java street to get a bus towards Ariel, while waiting for the ride we met our good friends who stayed elsewhere in Jerusalem to go together.. It was about a Hour and a half ride to Ariel, and when we came there Everybody had to check in and that took a while.

We had amazing people that made part of the congress, musicians, writers, connectors of all around the world , and most of all the great love for Torah.

When I am back Home I will be able to edit the footage I shot and will be possibly partly posting it on Youtube.

After the congress we had to say goodbye I would be leaving to the north of Israel to work on a kibbutz for 2 1/2 months. My parents where going back to Europe, so I and 3 friends were being picked up by one of the kibbutz members and brought up there, located close to the coast it was a beautiful location and I almost can see the sea from my room window. We went on several big trips and saw almost every part of the land of Israel that it is called today. It was a very busy but awesome scedule. After 3 weeks most people returned included my friends and new friends I connected with. It was a hard time saying goodbye but everyone is looking forward to the next time.

Everyday I am working and in return for that I get a great place to stay and some pocket money, food and clothes.

There are some things that I do mis, because I forgot to bring a proper labtop or computer I cannot focus on writing bigger letters or keeping in touch. But there is enough places to get internet.

Right after 3 weeks and a few days at the kibbutz fires started to errupt and many firefighters and firefighter planes had to come in action because it was very dry and there was a very strong wind blowing the fires with quite some speed. Lots of places had to be closed off and smoke filled the air everywhere around, smoke detectors went off and even a few kilometers from the fire there where big amounts of smoke on the streets. The place that looked very peaceful suddenly looked like some kind of war drama.

After 2-3 days of the fires raging downhill and several other located elsewhere the fires finally where under control again, and not long after rain started to fall down, amazingly no people where killed, several houses where burned and a few people had to be treated.

Last update: Lots of rain have been washing down the streets of Nortern Israel. Many streets formed small fast flowing rivers of water rushing downhill. A great sight to see after a very dry season. 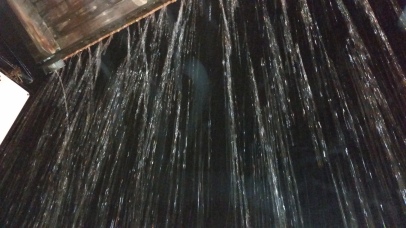 I now have a small report on the Kibbutz: